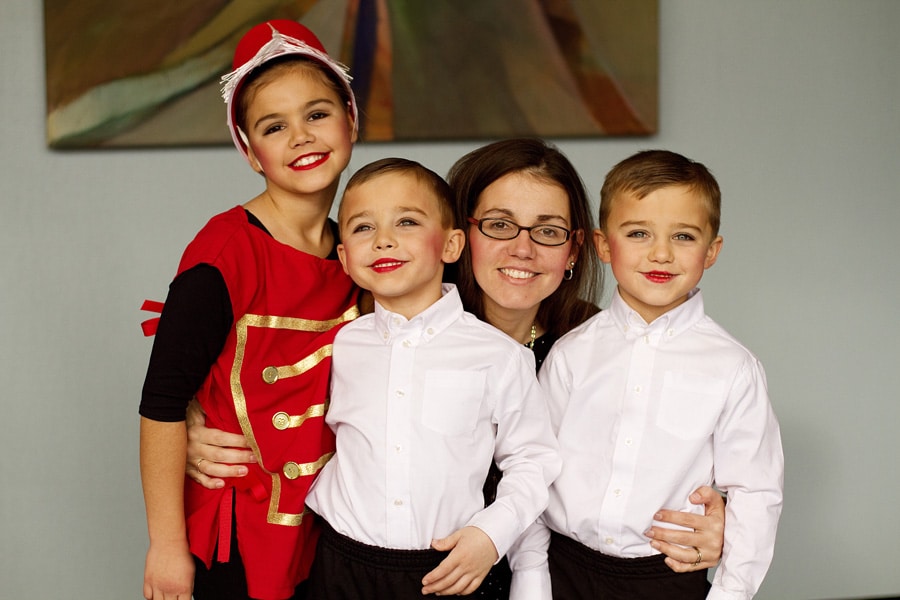 ACT I, Scene 1, The Party: On Christmas Eve, the Stahlbaums welcome family and friends to their grand parlor replete with holiday decorations, including a beautiful Christmas tree. The party grows festive with music and dance as Clara’s godfather, Drosselmeyer, magically appears. A skilled toymaker always full of the most inventive surprises, Drosselmeyer gives Clara a unique Nutcracker handsomely dressed as a soldier, and he entertains everyone as he presents two life-sized dolls. However, these dolls cannot be played with, and the children are disappointed. Fritz becomes jealous of his sister and rushes at her, snatching the Nutcracker from her and breaking it. A heartbroken Clara looks on as Drosselmeyer repairs the Nutcracker. As the evening grows late, the guests depart and the Stahlbaum family retires for a long winter night, rest.

Act I, Scene 2, The Battle: During the night, a sleepy Clara tiptoes back down the staircase in search of her beloved Nutcracker. As the clock strikes midnight, Clara sees Drosselmeyer, face on the clock and becomes distressed by mice scampering into the room from all sides. Drosselmeyer appears just in time to catch Clara as she faints from fright. As she recovers, Clara sees her house change all around her. She appears to shrink, and the Christmas tree looks large and wondrous. The Nutcracker heroically summons the toy soldiers to help fend off the scurrying mice. The fierce Mouse King arrives and engages in a duel with the Nutcracker. Just as it seems the evil Mouse King may be victorious, Clara takes off her shoe and bravely throws it at him, casting a fatal blow. As the mice quickly retreat, the Nutcracker transforms into a young Prince.

Act I, Scene 3, The Land of Snow: The Stahlbaum parlor suddenly becomes quite cold and snowflakes begin to fall. At first, the snow falls gently as if in a waltz, but it builds into a frightful blizzard. A small sleigh appears for Clara and the Prince, and the moonlight guides them on a shining path for their journey over snow-covered hills.

Act II, The Land of Sweets: Clara and the Prince navigates the sleigh through the blizzard to safety in the sunny Land of the Sweets. The Sugar Plum Fairy and her subjects are arnazed to learn of Clara, bravery in killing the Mouse King, and the Fairy commands a festival in honor of Clara, featuring charming dances from around the world.